Nantwich Choral Society was founded in 1972 and started life as a Local Authority evening class. It quickly flourished and within a year became an organisation in its own right. It has gone from strength to strength ever since and is now one of the largest and most successful amateur choirs in the area with a membership drawn from all over South Cheshire and North Shropshire. 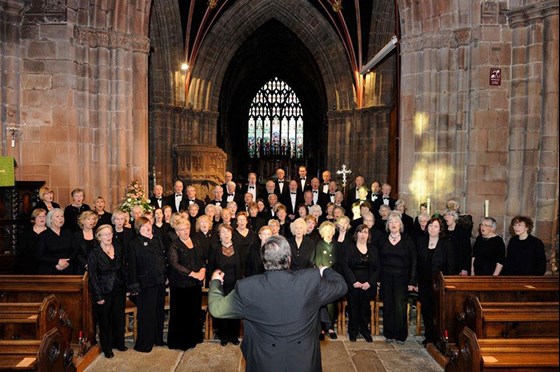 The Society is well supported by its loyal audience and by a number of grant-giving bodies. It is well managed by its committee and numerous ex-officio helpers; and has a sound financial footing. The season runs from September to June and will typically comprise three or four major concerts, a workshop style 'Singing Day' and a 'Come and Sing' event which attracts singers from over the whole UK (full details are on our Programme pages).

The society has, over the years, performed in Bunbury Parish Church, St Michael's Church Coppenhall, Nantwich Civic Hall, Chester Cathedral, Romsey Abbey, the Cathedral of St Vincente in Macon France, Ludensheid in Germany, the advent celebrations in Vienna and at the Liverpool Anglican and Metropolitan Cathedrals (as the The Northern Concordia Singers). But our chosen venue is the Parish Church of St Mary at Nantwich. Often described as ‘the Cathedral of South Cheshire’, this fourteenth century gem was considered by Sir John Betjeman to be architecturally one of the most satisfying mediaeval churches in the country. The vast nave, originally designed for public performance, has witnessed many musical offerings in its six hundred year history, and its acoustics are superb. These are some of the reasons that members of the Choral Society, and visiting professionals alike, consider it a privilege to perform at St Mary’s.

We employ a professional Musical Director/Coach and a professional rehearsal accompanist. For performances we always use professional soloists and musicians. Our current orchestra-in-residence is the Northern Concordia Orchestra. 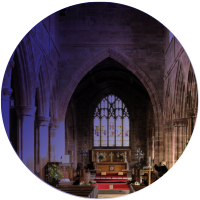 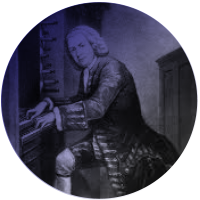